The goal of this program is to provide scholars of the social sciences with access to high-quality, cutting edge, advanced training in qualitative and quantitative social science methods. The target group is high-potential, upper-level scholars of political science, international relations, and related disciplines. Preference will be given to current faculty members, post-doctoral and doctoral students. Truly exceptional masters’ students in political science, international relations, and closely related fields will also be considered.

It is hoped that participants will be able to return to their home institutions with greatly enhanced methodological skills, having built bridges with peers from other institutions and nations, and with the potential to disseminate these skills effectively among their peers.

We seek a varied student body, with representation from as many countries and methodological backgrounds as possible. Our two first Summer Schools, held in February 2010 and 2011, brought together students from 10 and 16 different countries, respectively. One-fifth of the students were current faculty members, and half were doctoral students.

Generous support for the 2010 and 2011 Summer Schools was provided by the IPSA, by the Coordenação de Aperfeiçoamento de Pessoal de Nível Superior (CAPES), by the University of São Paulo, and by the Centro de Estudos da Metrópole (CEM/CEBRAP).

The deadline for paper submissions for the IPSA World Congress of Political Science has been extended to October 17 to allow for greater participation.

Take advantage of the extended deadline to submit your proposal. Our system is easy to use. First, create your free IPSA website account and then you may submit your paper at http://www.ipsa.org/events/congress/madrid2012/submit-abstractpaper-proposal .

The list of accepted panels is already online http://www.ipsa.org/events/congress/madrid2012/panel/accepted . You will be able to select the theme and panel to submit your paper to or to the General Pool.

Don’t miss this great opportunity to present your work to peers, learn from others and meet political scientists from around the world.

Notification concerning proposals will be sent after December 2, 2011. The deadline to complete submitted panels remains November 10.

The Cologne Forum for International Relations and Security Policy (KFIBS) would like to inform you of our International Conference about "Europe’s Role in the World: How the EU Is Seen by Other Global Players" in February 2012 in Bonn, Germany. Attached to this Mail you will find the "Call for Conference Proposals" with the necessary information.

We hope to welcome you to our event next year and are looking forward to your proposals. In case you have any questions, you can contact me or our website (www.kfibs.org) for further information. 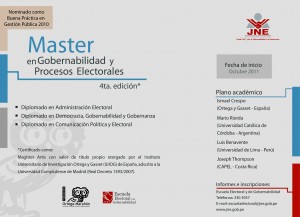